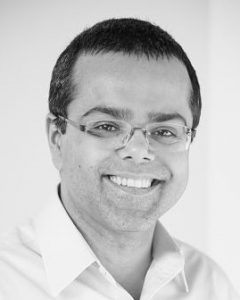 Rikhil Bhavnani (he/him/his) is an Associate Professor in the Department of Political Science at the University of Wisconsin–Madison, and is the Faculty Director of the Center for South Asia. He is also a faculty affiliate at the La Follette School of Public Affairs and the Elections Research Center.

Professor Bhavnani’s research and teaching focus on inequalities in political representation, the political economy of migration, and the political economy of development. His research is particularly concerned with causal identification, and is focused on South Asia. He is currently working on a book project, joint with Saumitra Jha, on the conditions under which mass, nonviolent mobilizations can succeed. Bhavnani is also the co-author, with Bethany Lacina, of a book on the backlash against within-country migration across the developing world, published by Cambridge University Press. His papers have been published in various journals, including the American Political Science Review, the American Journal of Political Science, and the Journal of Politics.

Prior to starting at UW–Madison, Professor Bhavnani was a visiting fellow at the Center for the Study of Democratic Politics at Princeton University. He has worked at the Center for Global Development and the International Monetary Fund, and received a PhD in political science and an MA in economics from Stanford University, and a BA in political science and economics from Yale University.